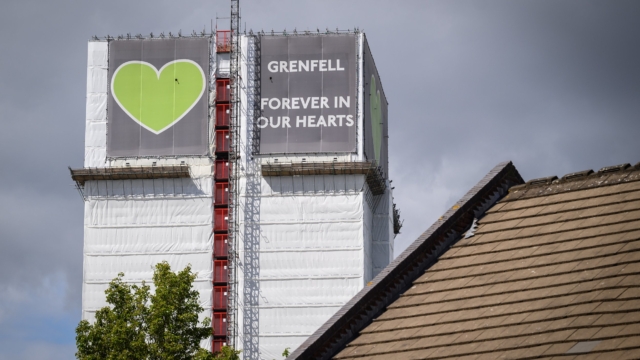 Over the past few weeks protests have been held all across the UK against the fire safety of buildings in this country, mainly the results in the Grenfell Tower disaster in 2017 and the cladding used on that building which caused the fire to spread and why this happened and why the government need to prevent an incident like this happening again.

Campaigners at these protests say that they face financial ruin because no-one is taking responsibility of the dangerous structural defects in residential blocks in the UK. In which the government are not making old buildings safe to live in but focusing on converting old abandoned buildings and converting them into shops or residential housing off the back of covid. Leaving thousands of people bankrupt as having old buildings that are to dangerous to live in on there books which they can now not sell unless they pay to get them to the appropriate standards which can cost loads of money.

What Cladding Was Used ?

The cladding used at Grenfell was Arconic ACM (Aluminium Composite Material) which is made from plastic and aluminium to make the tower block warmer and dryer for its residents. It is made from polyethylene (PE) plastic sandwiched between 2 very thin sheets of aluminium. However this product is known to burn easily.

ACM consistently failed fire tests for 12 years before being installed at Grenfell. In 2005 the French company Arconic did a number of tests on the cladding in both ways of installing the cladding rivet or cassette, the later being used at Grenfell.

The tests of the cassette installation failed multiple times getting a grade of E, In the ranking scale of A-F, as it allowed pools of flaming plastic to form which set the building ablaze. After failing tests in France, it also failed the building standards for the UK as fire tests were different to ones in mainland Europe, which Arconic ACM wasn’t tested for before being used in the UK, and the regulations state that a product must score a B or higher before being installed on a building above 18 m tall which Arconic was way off the mark with.

Arconic mislead British Standards by saying they “may be regarded” to meet with the set standards, on top of this they didn’t provide there E ratings of fire safety to British Standards to bypass the regulations.

The Downfall Of Arconic

10 years prior to Grenfell in 2007 Arconic Marketing Manager Gerard Senog risked saying that once the cladding was lit would have the same fuel power as a 19,000 litre truck of oil. As well as this in 2013 the same thing happened in the middle east on tower blocks using ACM which they claimed to be fire resistant but burnt like it was paper. Sales of ACM continued despite the results of the tests and the fires in the middle east using the cassette instillation system just because it looked nicer than the rivet alternative (Only scoring a C).

Despite all these things Arconic still claimed that it wasn’t responsible for how its cladding was used and didn’t know what the end users wanted to do with their products, and it’s the designers job to check they could meet building regulations for their project, but Arconic knew it was selling to Grenfell in 2013 four whole years before the fire as they had sent them an artistic rendering of the building using the cassette fitting method.

Alternative cladding options are available which are fire-resistant such as Cedral Cladding, which scored A2 in the same fire tests as Arconic. Causing barely any smoke when ablaze and wont spread the fire containing it at the source.

Fibre Cement Cladding is probably the best fire-resistant cladding on the market today.

It is a man made cladding and roofing material which is durable, easy to work with and comes in a wide range of colours and finishes. It was first developed to be a cheaper alternative to timber cladding and recently a replacement for slate.

It is created by mixing cellulose, fillers and fibres with water before cement is added to form wet sheets which are then rolled and pressed to extract any excess moisture. The key advantage of this is to help reduce the risk of visible scratches. scuffs and chips to the cladding. The upkeep on preserving it is very simple only needing an annual wash down with some mildly soapy water.

Some of the main features of the cladding is it has very low water absorption rates, is frost proof as well as fire resistant and will not rot or rust, being incomparable  to Arconic ACM and a cheap cost only being £25 per m 2 on a supply only basis and around £50-60 per m2 to end consumers

So the fight to make buildings in Britain fire resistant and safe for people living in them continues as the #claddingscandal grows strong on twitter with more protests to make the government change and prioritise improving current buildings rather than making more.